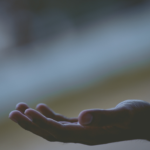 Dr. Jones is founder and president of the Peace and Emergency Action Coalition for Earth. The principal function of P.E.A.C.E. is to oversee the development of the global Center for Sustainable Peace and Development system. Previous to this he was co-founder and president of the Human Potential Foundation. This was established in 1989, and conducted research into all conditions of humankind: physiological, psychological and spiritual, to assist the individual to achieve the highest levels of human potential in body, mind and spirit in order to compete and cooperate at personal excellence throughout life. Prior to this position he was Special Assistant to Senator Claiborne Pell from January 1985 until March 1991. Retiring as a Commander in the U.S. Navy, approximately half of his thirty-year naval career was spent in intelligence service overseas and in the United States. In post-navy careers he has taught at the university level and worked in the private sector research and development community involved in U.S. government sponsored projects for the Defense Nuclear Agency, Defense Intelligence Agency, U.S. Army Intelligence and Security Command, and other organizations.

As Assistant Naval Attaché and Naval Air Attaché to New Delhi, India and Katmandu, Nepal from January 1965 to June 1967, he was involved in intelligence collection and provided intelligence support to defense attachés throughout Southeast Asia, the Middle East and North Africa. This tour was followed by assignment to the Naval Scientific and Technical Intelligence Center where, as Head of the Missiles, Ordnance, and Astronautics Division, he directed the production of technical intelligence reports for the Navy and Defense Intelligence Agency at all classification levels. During this period, he was Chairman of the Naval Missile Group, an interagency group that supported the Guided Missile and Astronautic Intelligence Committee. As Chief of the Navy’s Intelligence Anti-Ship Missile Task Force, he directed the effort that provided intelligence support for a critical anti-ship missile defense research and development effort. During this time, he was a briefer to the President’s Scientific Advisory Committee, and testified before House and Senate committees and sub-committees of the Armed Services on technical naval intelligence.

Other intelligence assignments include three years as Chief of the Targets Development Branch in the Intelligence Directorate of Headquarters, U.S. European Command, and in intelligence related assignment in the National Military Command System Support Center.

Dr. Jones managed the Nuclear Test Personnel Review program under contract to the Defense Nuclear Agency. This program quantified the degree of radiological hazard incurred by Department of Defense personnel involved in atmospheric nuclear testing between 1946 and 1962. Extensive document search and retrieval from a large number of libraries, archives and record centers was involved. The recovered information and technical data was synthesized and converted into histories written for the layperson of each nuclear test operation.

He participated in contracts with the Defense Intelligence Agency (DIA) in a project instructing analysts in quantitative methodologies and in development of self-paced learning modules on various methodologies including Event Sequence Network Analysis and Interpretative Structural Modeling. Also for the DIA he was involved in the transfer of advanced quantitative methodological software technology from the Defense Advanced Research Projects Agency to DIA workspaces. For the U.S. Army Intelligence and Security Command he participated in systems design for increasing ADP support.

Of particular significance for the establishment of the global network of regional Centers for Sustainable Peace and Development, was an assignment as Chief, Procedures Branch, Data Division, National Military Command System Support Center (NMCSSC) February 1961 to August 1963. In this assignment he directed and managed activities concerned with the research, analysis, collection, and evaluation of all operational inputs to NMCSSC systems and with the system design of a computer model for depicting the Status of Forces and the Monitoring of Operational Plans (SOFMOP). Additionally, he designed and then developed the database in support of this system. The principal operational plan monitored by SOFMOP was the Single Integrated Operational Plan (SIOP). The SIOP was the U.S. strategic nuclear attack plan against the Soviet Union, the Warsaw Pact, and the Peoples Republic of China. In order to war game the SIOP, he then was assigned to research and build a database of real U.S. target counterparts to the SIOP target database. This database was used in gaming by a Red Single Integrated Operational Plan (RSIOP). The target category list was extensive, e.g., command and control, industries, communications, transportation, military establishments, ports and cities, etc. His final assignment following the success of the SOFMOP system and the RISOP database development was to assist in the design of the Technical Development Plan for the National Military Command System.

In a subsequent assignment, 1970-1972, to the Intelligence Directorate of the U.S. European Command (EUCOM), he was responsible for another complex computer system design. Based upon a target category weighting system he designed, this program selected potential tactical nuclear targets in countries of EUCOM interest, but not covered by NATO’s tactical nuclear war plan. All categories from the Target Data Inventory (TDI) were considered.

A South Asia area specialist, he has traveled extensively throughout the region. His dissertation was, “How the Indian Lok Sabha Handles Defense Matters: An Institutional Study.”

He has led research into applied anomalous phenomena. Networking with the parapsychological community, he has worked throughout the executive branch to address issues of government support for basic parapsychological research, and to consider implications and application of these phenomena.

In 1985, he founded and was president of the Center for Applied Anomalous Phenomena. This non-profit educational and scientific research organization was chartered to conduct research and analysis of anomalous phenomena, their implications and applications. Anomalous phenomena include exceptional human capabilities. This Center was transferred into the Human Potential Foundation

In 1989, he and Senator Claiborne Pell co-founded the Human Potential Foundation that was involved in a number of research projects. These included a joint research effort with the Chinese Academy of Somatic Science in Beijing, in accelerated bone healing using qi gong; a sponsored symposium conducted by Russian medical scientists on psychoanalytical and psychocorrection computer technologies; a survey of attitudes of medical professionals toward death and the dying process and how these are translated into decisions about treatment of critical and terminal patients; the translation from Chinese of the book: Collected Works on Qi Gong Science.

Under the Center for Interspecies Communications, the Foundation conducted Projects Neptune Helper I and II, dolphin research with Atlantic Bottlenose and Spotted dolphins.

A major two-year program funded by Mr. Laurence Rockefeller was completed with an international conference, When Cosmic Cultures Meet, in Washington, D.C. in May 1995. At the conference a wide spectrum of academic disciplines and interests assessed the implications, preparations and responses for the time when there is no ambiguity about the understanding that higher intelligences from cosmic cultures are meeting.

In November 1998, the Human Potential Foundation was dissolved and its principal undertaking, a global peace initiative, transferred to the newly established Peace and Emergency Action Coalition for Earth, Inc.

M.A., Government and Politics, University of Maryland, 1963. Thesis: – Mistreatment of Foreign Diplomats in the United States Since World War II.

The Peace and Justice Studies Association.

The principal program of P.E.A.C.E. Inc. is the establishment of a global system of Centers for Sustainable Peace and Development. Over seven years of planning and consultation with academic, political, spiritual, military, intelligence and business leaders has led to the current system design. In November 2002, the University of Jordan announced its decision to host a Center. We anticipate that other universities will follow this lead.

A second program is a recommendation made to President George W. Bush is establish a cabinet level Peace Advisor position, and to encourage his global counterparts to do the same.

A third program is draft legislation for a federally funded international scholarship program to establish a Professional Peaceworker Corps.

P.E.A.C.E. Inc. activity may be tracked on the website: www.peaceroom.com