Member of the Board of Directors

Petition for the granting of two Master Patents related to a fundamental discovery that led to the modification of knowledge of the official science on the molecular structure and polarization of atoms and their capacity to integrate other molecules. These results were caused by the comprehension of the geometry of the actual positions of the atoms, positions that are made more obvious by the study of Sacred Geometry. This link was also made possible by the use of Tribo-Electricity the only force capable of supplying the electromagnetic corona that will trigger the sub-atomic a-neutronics1 particle (like the boson) to compel the atoms to regroup and use the weak nuclear force to establish new liaisons. This discovery has multiple applications of which many have an impact on the environment, health and agriculture.

Dr. Paradis identified an application for this technology: oxygenated water. The use of Tribo-Electricity allows the regeneration of water by purifying it of all its toxic elements, and by adding an intrinsic bona fide vibratory quality of the best natural source water, moreover, this water integrates to its Hydrogen links up to 120 to 150 ppm (parts per million) of Oxygen. A decision was made build a laboratory that could produce a water containing some 50 ppm of Oxygen and to prescribe its usage in multiple pathologies. A Clinical Study was conducted over a period of approximately five (5) years; the study produced observations and spectacular conclusions on the therapeutic effects of that water on multiple degenerative pathologies, such as, pulmonary diseases, organic degeneration (pancreas, liver, brain). The different observations made by the medical authorities convinced us of the necessity to pursue a long term statistical study whose objective would be to establish with precision, the causal relations of the therapeutic practice of the use of oxygenated water on the different applications in the domain of health, but also in the domain of agriculture and waste water treatment.

Société Européenne des Eaux Oxygénées was created in Belgium for the purpose of achieving these different objectives. A laboratory was created to provide a water that contains between 35 and 120 ppm of oxygen.

This technological solution to the problem of the planetary pollution, was first envisaged and proposed at the Earth Summit in Rio de Janeiro in 1992. Two Master Patents were awarded for the devices to produce and integrate oxygen into water at levels that science was declaring impossible.

Invited by Dr. Seymour Papert, co-director of the AI Laboratory, to join the team who developed the first prototype and concept of a full fledge PERSONAL computer used as one of the tools for a new concept of schools where children would become their own teachers, in the context of a new type of teacher/student relationship. This fundamental epistemic research brought us to a comprehension of the educational process, that drove us to a three year experiment in a school of the Brookline (MA) Area near Boston. The results of this experiment constitutes the framework that will lead to a new paradigm of what a modern school could represent. This paradigm allows among other things, to consider the possibility to have schools where the ratio teacher/student would be one teacher for three (3) students, but more importantly to build schools where children learn much better, and much more than in the usual school of today. The most important discoveries of this experiment is that the great majority of children are capable to absord the actual curriculum which is going on in average for a period of nine years, within a period of three (3) years maximum. The almost totality of the children could learn it within a period of four (4) years. The exciting result was that we discovered that children are capable of learning much more substantial and profound knowledge than most existing teaching would be ready to admit.

The conclusion that we can draw, is that the actual set up of the schools does not lead to a full development of the inner human capabilities. We must revise in depth, our conceptions of education, and find the optimal teaching solution for our children.

Founder and Chief Scientist of Silicart Inc., a fundamental research corporation in the domain of automated design of integrated circuits. The corporation was a leader in the production of an intelligent Silicon Compiler Software program. This group of scientist revolutionized the methods by which we were designing integrated circuits, in the same manner that the software of Artificial Intelligence allowed the expansion of the vast domain of human knowledge became accessible.

This Silicon Compiler was the first to be able to produce the design of a microprocessor to possess more than 250,000 transistors. This group was invited in 1984 to Shanghai (PRC), where we signed a contract with the municipal government, in the field of design and manufacturing of high end semi-conductors.

Founder and Chief Scientist of Logo Computer Systems Inc., an enterprise in the domain of Educational Software, this company became a world leader in the field distributing its products in more than 57 countries.

Founder and General Manager, this corporation was the first in the world to produce a personal computer, capable of animated graphics, specialized for education. Based on the discoveries of a new Differential Geometry invented by Dr. Seymour Papert and two of his students, Dr. Hal Abelson and Dr. Andrea di Sessa. A Turtle transformed itself into a small programmable Robot put at the disposition of children to investigate all aspects of differential geometry also referred to in Human History as Sacred Geometry (a subject generally reserved for Superior Studies). Certain of our students took advantage of these tools to build themselves virtual spatial vehicles and they programmed their own orbital mechanics. Publication from Massachusetts Institute of Technology, titled Turtle Geometry, MIT Press, 1981.

College Edouard Montpetit – Director of the Departement of Psychology

Ministry of Education (Québec – Canada) – DIRECTOR of the Department of Psychology

Activities : Laboratory of professor Jean Piaget where I participated in the studies on the development of intelligence in children.

1 A particle is called a-neutronics when it does NOT produce radioactive toxic radiation. 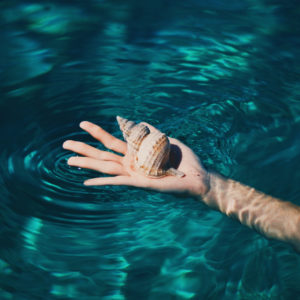 Melanie Salmon is born in 1967 in the United Kingdom. Educated in Scotland, at Gordonstoun and St Andrew’s University, she graduated in art history and