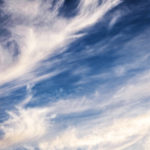 From an early age, technology and its advancement have been my passion. History tells us technology has shaped mankind to its greater potential. I like to contribute to the advancement of technology for the betterment of life particularly in poorer areas of the world.

It began as a young man while working in my father’s barnyard creating experiments to make my chores easier and continued on to university studies where I studied computer sciences, then on to advanced telecommunications systems. The early eighties were grand in computerized telecommunications as societies were moving from the electro-mechanical sound wave technology to high-speed digital communications.

This was a wonderful time of my life developing and selling new features in telecommunications technologies. We created open links from otherwise closed systems by integrating open systems like Microsoft Server for controlling telecommunications switching platforms, and were the first to introduce unlimited skills based routing for call service agents. At Home Agent also prospered with simultaneous screen pop call information, and we became the largest telecommunications interconnect in the U.S. providing solutions worldwide.

After selling this business, I endeavored to build more efficient telecommunications and fulfillment applications designed for small business with features and services without the large commitment of big business operations. I led a team to advance one of the first real-time online reporting services where it gave small business the ability to affordably act and be seen as large business. Investors came from all over with the intent of duplicating the fulfillment and telecommunications capabilities in global locations.

The fulfillment technologies were sold and renewable electricity became my fervor. I became

fascinated with how inefficiently power was generated. I piloted a team of engineers and consultants, including universities, to develop a proprietary technology in meeting the world’s

Our designs and concepts combine innovations from a range of novel technologies and age-old physics to produce advanced Green Energy solutions. Our technology harvests as much power of the kinetic energy from the wind as is possible — and it doesn’t kill birds like conventional turbines. This results in a new means to install wind turbines in low wind speed and impoverished areas of the world. Our Wind Sciences company now has approximately 30-wind farms under contract throughout the world, most of them off shore applications.

Personal experience has led me to live abroad in France and Switzerland, I speak French as a second language. I hold a Bachelor of Science degree.

A lifetime ago I was a girls and women’s soccer coach at the highest levels including state competition teams, U.S. Olympic Development Teams, and University teams. Competition teams under my management won 9-state championships, a U.S. Regional Championship, and played for the U.S. National Championship at Disney World. Every player became a Division I college player including four All Americans, and two U.S. Olympic Team Members.

I have been happily married for 38-years and have served in numerous leadership service callings and assignments in my community including Young Mens President, Area Executive Secretary, Senior Leader, and High Counselor.

Rain is a symbol of God’s blessing. My colleagues call me the “Rainmaker.”