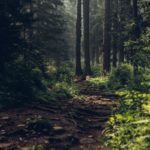 Member of the Academy of

Born in a family with an international career pathway through travels, training and professional experiences, I have been initiated to public relations at a very young age.

Openness and adaptability are my main skills, having lived mainly in North America, Asia and Europe. The understanding of our world through the sciences, various spiritual and religious approaches, the study of symbolism, history and anthropology brought me a different public relation approach to conventional academic courses.

My career in the field of science, and more particularly in biophysics, began with the study of referred as “morphogenetic” fields and the practice of non-ionizing radiation applications by two mentors: Professor Régis Dutheil, a visionary (physician, biophysicist, physicist, researcher and director of the Louis de Broglie Foundation in Paris with his work in fundamental physics on “Superluminous Man”), and Professor André Bellossi (physician and professor of biophysics).

Thanks to the many encounters with Albert M. Chechelnitsky (physicist, astro physicist and cosmologist) who, among others, recorded during 30 years the correlation between the positions of the planets and the endemic epidemics of various ethnic pathologies), with Dr. Bruno Sébire (direct descendant from a long line of alchemists, passionate about the different codifications of DNA and ancient texts), with Professor Louis Marie Vincent (biophysicist and former chairman of “GREC B”), with Professor Rémi Saumon (Biophysicist at hospital of La Salpêtrière in Paris ), I was able to analyze bioelectricity within the human body and the development of neurosciences, but also thanks to Professor Emeritus Robert O. Becker, a precursor in the regeneration of tissues (Orthopedic Surgeon and Dir., Electrophysical Research – Siracusa Hospital, USA), Dr. Beverly Rubik (Founder of the Frontier Science Institute in California (researcher and biophysicist in San Francisco) and Pr Jiri Jerabek (biophysicist in the Czech Republic).

I also worked in other reunions with multiple scientists from various disciplines, mainly from the USA, Russia and Eastern Europe, and i had several meetings with documentary filmmakers including Michèle Decoust (author and director of documentaries including terraforming, during the Futurist Ecological Biosphere 2 project in Arizona in 1992), I was able to better interpret the multi-facets and multi-dimensional frequencies of the human being as well as their adaptation to various environments.

In professional and community settings, the management experience of several companies and institutions in North America, Asia and Europe has given me a sense of organization and management of human resources.

For the last two decades, I have been involved in the development of ideas and creation of the Fulmina Foundation “Human Resources” in Hong Kong through encounters of exceptional beings in multiple fields, particularly unconventional sciences , history, and the arts.