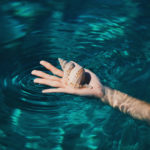 Melanie Salmon is born in 1967 in the United Kingdom.

Educated in Scotland, at Gordonstoun and St Andrew’s University, she graduated in art history and social anthropology, and later at Westminster University in law.

In 2000 she co-wrote a multi-lingual book for the United Nations Environment Program called, Deep Water, to provide an over-view of marine life and its conservation.

She founded Global Ocean in 2006, a privately funded charitable foundation that supports marine conservation initiatives around the world.

With a life-long love of the ocean, she has worked for many of the world’s leading environmental organizations, and is a campaigning conservationist.  For example, she led a campaign in San Diego to raise awareness about the plight of captive orcas on display in aquariums and co-produced events in schools and universities to highlight this issue.

Melanie believes that education is the key to driving through positive change for humanity.

Founded in 2006 as a privately funded charitable organisation, Global Ocean was initially set up to raise awareness about the plight of our marine life and to fund and support global conservation projects.

It became one of the first organisations to focus on raising awareness about the devastation, plastic pollution is causing to our marine life, as well as to ourselves through the food chain.

To do this, the organisation has developed educational materials for schools and available for free download through its website.

In the UK, the organisation was the first to inform the public of the importance of Removing, Reducing and Recycling plastics from the cycle of consumption.   To do this, the charity initiated eco/art projects to the school community to enable children and teachers to become creatively conscious of our impact on our blue planet.  Children are invited to make themed objects with plastic materials they would ordinarily have classified as waste, and to participate in a discussion on the issue of plastics in the environment and food chain.

Global Ocean believes that education and information dissemination on this issue needs to be delivered to communities living along the large rivers in China and India to significantly reduce ocean plastics.

Global Ocean also financially supports global conservation initiatives that need quick access to funds and may be overlooked by larger fund giving institutions.  One such example was the funding of sniffer dogs at Galapagos airport to locate shark fins being illegally exported off the island.  Another was the funding of a work initiative to train and empower women in the Amazon to make fish cakes out of damaged fish that would otherwise be discarded.