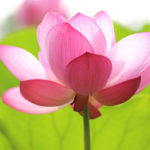 The universe has provided me with many talents for which I am grateful.

At age 13, I was asked to make the decision to train as a concert pianist. Because of an overweening curiosity about the world, I declined ,but nevertheless at age 16 was asked to perform “Rhapsody in Blue”with the Boston Pops under the tyrannical conductor Arthur Fiedler. It was at age 20, while performing a concert, that I was first gifted with an ecstatic experience, merging with the music; there was only the music, and “I” was no longer, merely a vehicle for the music.

I obtained a B.A. with honors in philosophy and pre-med from Wellesley College, studied philosophy physics and biology at Harvard University, and obtained a Ph.D. in Physiological and Clinical psychology from Washington University, St. Louis. Shortly thereafter I created the first psychology department in the country for dyslexic children at the Kingsbury Center in Washington D.C.

I then graduated from the Washington School of Psychiatry and established a private practice in psychotherapy in Washington D. C. for several years.

During a month long retreat, during which I reviewed my life, I was drawn to pursue a career in medicine and was one of 5000 PhD’ applicants to be admitted to a special program for 30 students with PhD’s to accelerate through medical school in two years rather than four at the University of Miami

I was the first woman to be accepted into the surgical residency at Stanford University, completing a further residency in Plastic and Reconstructive surgery and became board certified. I was selected by Dr. Harry Buncke, originator of microsurgery, to be his first fellow in microvascular surgery, in San Francisco.

I established a private practice in Plastic and Reconstructive surgery, focusing on microsurgery, burn treatment, and restorative aesthetic surgery.

I wrote a number of academic papers and popular press articles about my profession, one of which, having exposed the brutality of certain aesthetic procedures to the female public, resulted in my getting expunged from the Society of Plastic and Reconstructive Surgery. I was eventually reinstated and later chosen the spokesperson for the Society, during which time I appeared on both local and national radio and television.

It was during this period that I became increasingly aware of being a vehicle for the divine during my surgical practice, and studied with Thich Nhat Hanh at Plum Village Monastery in southern France. I also trained in Dao practice with Mantak Chia, and in Chi Nei Tsang with his disciple Gilles Marin in Oakland California.

At the same time, as a friend of then Secretary of the Treasury, Michael Blumenthal, I became educated about the machinations of politics in the U.S.

Thus was I simultaneously exposed to the sublime and the ridiculous!

Since “retirement” I have become an abstract painter, an activity which allows me again to channel the divine, this time in living color.

My life plan, now, is to pass on to the younger generation much of what I have learned, particularly as it pertains to increasing human awareness within the healthcare environment. I have wanted to do this for many years.

The cause of physician burn out, increasingly common, is multifactorial but one cause is certainly the inability to cope with ones own limitations. Another is the huge emotional drain necessitated by maintaining the type of distant doctor-patient relationship that they have been taught in medical training. This teaching, based on a false premise, negates a possible source of their own nourishment, not to mention the patient’s need to feel heard.

I am now formulating a teaching program to educate medical professionals of all levels about the true nature of their calling as healers. I would like to attract students and younger practitioners, who may, perhaps, be more resilient and open to different paradigms. I would like to focus on improving human interaction as a vehicle for improved outcomes for both physician and patient, and allow them to reframe their perspective from a hierarchical one of “Me, Dr,” : ”You, Pt “, to one wherein they are partners in the pursuit of well-being. This, in my mind, reflects the reality of the situation.

Teaching how to listen to patients carefully, to recognize the value of understanding both verbal and non-verbal communication with patients and their loved ones, and the necessity of compassion for oneself and others to achieve healing is one of numerous goals. This can be done through many modalities: didactic and experiential.